Why I am an Evangelical and a Methodist 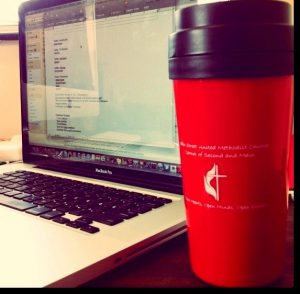 Today marks the beginning of an ongoing series on why I am an evangelical and a Methodist.  I think it is important to be well situated in a particular tradition, but I feel uncomfortable talking about a particular tradition apart from the larger context of what it means to be a Christian.  Indeed, I have always appreciated the wonderful way in which historic Christianity is able to simultaneously embrace universality and particularity. On the one hand, the great truths of the faith are embraced and proclaimed by all major Christian bodies. The kerygma can be heard and recognized in movements as varied as house-church movements in China, African Independent Churches, Roman Catholic, Protestant and Pentecostal churches. This is known as the great semper ubique ab omnibus – the faith which is confessed and proclaimed “always, everywhere by everyone.” On the other hand, the Christian church is marked by amazing particularity. There are beliefs, practices and emphases which are peculiar to Quakers or Presbyterians or Roman Catholics, and so forth. We tend to emphasize our differences more than our catholicity. There are quite a few unresolved tensions in the faith which tend to be reflected in various ways by Christian movements, but this should not obscure the great unanimity of Christian proclamation. The fact that all branches of the church have embraced the Nicene Creed, for example, reflects a deep and abiding sensus communis of the church which must be acknowledged before we discuss the particularities of being a Methodist, Lutheran or a Baptist. It is this deep unity which is reflected in my use of the word evangelical. Today, the word evangelical has been adorned with a wide array of associations, caricatures and political overtones. However, in my use of the word, it primarily refers to a deep commitment to historic orthodoxy. It is that desire to re-discover that great common resonance throughout the history of the church which has always affirmed the centrality of Christ, the authority of Scripture and the great saving power of the Christian gospel.
These blog entries will NOT be focused on what makes me a Christian, or even an historic, evangelical Christian, since that is the common ground upon which most of the readers of this blog will stand.  Rather, these blogs are intended to set forth the distinctive reasons why I am a Methodist Christian. On a personal note, although I am a direct descendent of William Tennent who is famous in Presbyterian circles for his founding of the Log College, I was born and raised in a United Methodist church in Atlanta, Georgia known for its biblical preaching and solid evangelical message.  I have studied at many of the great institutions which, broadly speaking, stand in the Reformed tradition, including Gordon-Conwell Theological Seminary, Princeton Theological Seminary and the University of Edinburgh in Scotland. I later taught missions at Gordon-Conwell for eleven years. Throughout my entire spiritual journey I grew to appreciate many of the great emphases in Reformed theology. However, I was always drawn to the deep roots of my Methodist upbringing. Today, I serve as the President of Asbury Theological Seminary, the largest seminary in the world within the Methodist/Wesleyan tradition. My sojourn for so many years with brothers and sisters from different traditions helped me simultaneously to appreciate the deep richness and texture of the Christian faith, but also what it is that is distinctive in the Methodist tradition. For me, Methodism did not lose any of the great themes of Reformed theology, but it seemed to bring to the table so much that has often been neglected in the church.
Stay tuned for more posts in this series coming soon…