When does a church cease to be Christian? Timothy C. Tennent 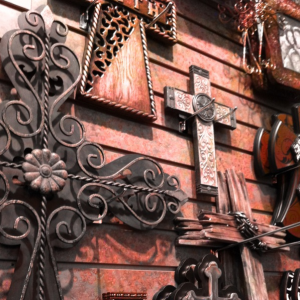 I have always appreciated the wonderful way in which historic Christianity is able to simultaneously embrace universality and particularity.  One the one hand, the great truths of the faith are embraced and proclaimed by all major Christian bodies.  The kerygma can be heard and recognized in movements as varied as house-church movements in China, African Independent Churches, Roman Catholic, Protestant and Pentecostal churches.  This is known as the great semper ubique ab omnibus – the faith which is confessed and proclaimed “always, everywhere by everyone.”  On the other hand, the Christian church is marked by amazing particularity.  There are beliefs, practices and emphases which are peculiar to Quakers or Presbyterians or Roman Catholics, and so forth.   Often, we tend to emphasize our differences more than our catholicity.  There are quite a few unresolved tensions in the faith which tend to be reflected in various ways by Christian movements, but this should not obscure the great unanimity of Christian proclamation.  The fact that all branches of the church have embraced the Nicene Creed, for example, reflects a deep and abiding sensus communis of the church which must be acknowledged before we discuss the particularities of being a Methodist, Lutheran or a Baptist.  It is this deep unity which is so important to recognize.  We simply do not have the authority to adopt any theological position and continue to call ourselves an expression of the Christian faith.  This is why we have the Apostles’ Creed and the Nicene Creed.  It represents the boundaries which define and mark out Christian identity.   If you study church history you will begin to hear that great shared resonance throughout the history of the church which has always affirmed the centrality of Christ, the authority of Scripture and the great saving power of the Christian gospel.  When the church strays from that – as it has done many times – the church begins to lose its power and it begins to wither and die.  Over time, God faithfully raises up better hearers of the gospel and the church is renewed once again.  This process has happened time and time again in the history of the church.
It is true, of course, that the church has not always been in unanimity as to the best way to defend the boundaries of the Church.  Some churches have tended to defend the common experience of being a Christian and living the Christian life in the midst of the world.  Other times, the church has tended to defend the institutional character of the church.  In other places it is the sacraments which must be protected, and serve as the historic link back to Christ and the original apostles.  Still other times, the church has focused on isolated doctrinal expressions.  However, we must not confuse the outposts which defend the borders (whether experiential or doctrinal or institutional or sacramental) with the core itself.  Despite the differences in how the church stays connected to the head, there is unanimity on the common worship of Jesus Christ and His Headship as defined by the Council of Nicea.  Thus, any expression of the church which ceases to worship Jesus Christ and identify Christ as its head as reflected in Nicean Christology has crossed the boundaries and ceases to be the true church.
One of the most important responsibilities of Christian leaders, whether pastors or superintendents or bishops is to make certain that the churches under their care are, in fact, expressions of Christian identity.  This is why it is so distressing to visit the website of St. Paul UMC in Denver.  Their website identifies the “church” as a “United Methodist, Reconciling, and Buddhist Christian InterSpiritual Community.”  Their “statement of faith” proclaims such affirmations as “We believe that love and compassion are the essence of Spirit,” and “We nurture the Sacred within us all.”
It is clear from many of the statements on the website that the members of this group have abandoned Nicea and the uniqueness of Jesus Christ.  From my perspective, they are perfectly free to meet together and believe or not believe whatever they want.  However, they must have the courage to remove the phrases “United Methodist” and “Christian” from their name, website and public identity.  Of course, St. Paul UMC is not an isolated situation.  This is merely an example of dozens of such groups across the country who have abandoned Nicea but persistently want to hang on to their identity as “Christian.”
I can only echo the words of Grace Buford, a practicing Buddhist, who remarked, “If they are so taken by Buddhism, why do they hang on to Christianity?”