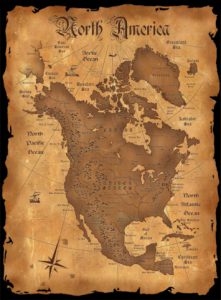 Some readers of this blog may not know that I had a life as a missiologist before I became the President of Asbury Theological Seminary.  I had the privilege of teaching in the area of missiology for nearly two decades.  I have a long appreciation for the significance of the emphasis on unreached people groups and the transition from seeing missions as about “going to places” to “going to peoples.”  With the exponential rise in global relocation (both immigration and emigration) it is increasingly difficult to tie “peoples” to “places” as we once did.  It is therefore difficult to speak with a singular voice about the state of the church in a particular place, especially the United States which is marked by such diversity.  Certainly the ethnic churches in the United  States are among the fastest growing churches in this country and, by any standard of measurement, quite a few of these church planting movements could easily be declared to be “vibrant”…..
(Dr. Tennent’s full post can be seen here on AsburySeedbed.com where this post has been featured. It has been featured on Seedbed because Dr. Tennent has become the first of the Seedbed Sponsored Blogs.)