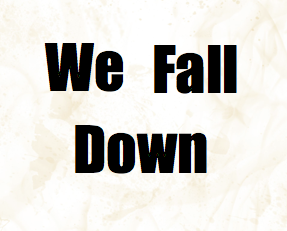 Christianity Today reported a few years ago that eighty-five percent of the members of Yale University’s Campus Crusade for Christ chapter are Asian, whereas “the university’s Buddhist meditation meetings are almost exclusively attended by whites.”[1. “Go Figure,” Christianity Today 47, no. 7 (June 2003): 13.]  There is an important lesson in this. It is often stated that Christianity in the Western world is in decline. It is true that, on average, every day there are approximately 7,000 fewer Christians in the West. Statistically, it has been as high as 11,000 fewer per day. However, this is only part of the story. While we are witnessing the dramatic decline in Christianity among Caucasians, the Western world is, at the same time, witnessing the dramatic growth of newly emerging ethnic congregations. The Chinese, Hispanic, African and Korean congregations, in particular, are experiencing unprecedented growth.
This weekend, for example, I had the privilege of speaking at the Rutgers Christian Community Church. It was planted only thirty years ago by a handful of Chinese students from Rutgers University. Today, it is a thriving Christian community with several thousand members. They have English, Mandarin, and Cantonese congregations and are in the middle of a major building program to build a new sanctuary.
Prior to my coming to Asbury I lived in the Boston area. Boston is the home of a major spiritual awakening. More people have come to Christ in Boston in the last three decades than during the Great Awakening, but it has largely gone unnoticed, because it is occurring primarily among African, Chinese, Korean, and Hispanic peoples. There are over 50 different African congregations in Boston and, indeed, on any given Sunday in Cambridge, Massachusetts, more people worship Christ in a language other than English than in English. It has been called the “quiet revival.”
I am convinced that the greatest source of renewal in the North American church will be found in these emerging ethnic churches. Pastors across this country should begin planting ethnic congregations in their facilities and nurturing their growth. Boston already has more shared-facility churches than any other city in the country. May this trend continue.
Last night I worshiped in a sanctuary packed with Chinese Christians. The congregation sang, in Mandarin, Chris Tomlin’s excellent hymn, We Fall Down.  I don’t know if Chris Tomlin realized when he wrote this hymn, among others that he has written, that he is playing a significant role in stimulating the global Christian community. Indeed, when we fall down and worship Christ today and look to our left and to our right, we will increasingly be worshiping with Christians from Latin America, Africa, and Asia. The globalization of the Christian faith is no longer a theoretical point we affirm, rather it will be, increasingly, the living experience of Christians in the West. So, whenever I am prone to discouragement about the state of Christianity in the West, I think about Rutgers Community Christian Church, and a thousand like it. They are the living demonstration that Christ is building his Church and the gates of hell shall not prevail against it!