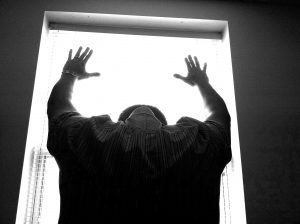 The longer I walk with the Lord, the more I become aware of the unfathomable depth of his grace and mercy in our lives. God’s grace really is amazing. His love is scandalizingly extravagant. If you lend your support to a righteous person or to a prophet by bringing him or her even a “cup of cold water” you will receive the reward of the righteous and the prophet (Matt. 10:42). God is that extravagant with his generosity.
This astounding truth really came home to me this week in a fresh way. I mentioned in my last blog entry how my daughter was going to have the privilege of preaching the first sermon in the Chasi language in the history of the world. For those who didn’t catch that entry, our daughter is working among an unreached group in the middle of rural Tanzania. They have been working over the last year to learn the language of the Wasi people. A few months ago they began a service in Chasi and began to introduce a few Chasi hymns, but the sermon was still in English or Swahili. The time had finally arrived last Sunday (June 12) to preach the first sermon in Chasi. There are ten people on this team who have moved to this area and are learning the language; Four are Americans, two are from Britain and four are from Tanzania itself, but are also having to learn this particular language (spoken by about 40,000 people). Our daughter was asked to give the first sermon. Her text was Hebrews 10:1-4 which is the passage which says that the Law and sacrifices are only a shadow pointing to Christ. This group in Tanzania knows something of the law through Islam (they are nominally Islamic) and they know the need of sacrifice through their traditional religion. The point of Bethany’s sermon was that of the text; namely, that “it is impossible for the blood of bulls and goats to take away sin.” The provision of the blood of bulls and goats was in anticipation of a future payment; namely, Christ himself.
Sunday finally arrived and the entire team gathered along with a few Christians from a neighboring language group who are praying for them. However, only three Chasi came to the service and, of those three, two left once the singing was over. Thus, Bethany was in a room where everyone in the entire room could speak English except for one Chasi man. The sermon went forth in Chasi to the one man.
It is here that I want to return to the theme of the extravagance of God. We are so efficiency oriented and so pragmatic that we would never expend such resources for such a meager event (from the world’s perspective). To have ten people leave their homeland, leave their family and friends, leave behind basic comforts such as running water and electricity, and relocate all the way to the heart of Africa and spend months and months learning a language in order to preach the gospel to one man is highly “inefficient.” But, such is the extravagance of God. In fact, this is precisely what God has done in all of our lives. The whole incarnation is about this kind of extravagance. The incarnation is so radical that it strikes us as “foolishness” and a “stumbling block.” That’s the whole point! We can’t imagine the generosity of God. God became man. It wasn’t some kind of temporary disguise or holographic projection. In Jesus Christ God became a man. His love is so extravagant that he steps into our lives and calls us and woos us to himself, despite the deafness of our ears and the leanness of our souls.
I want to live in this kind of extravagance. I want to better exude the radical extravagance of God’s love for a lost world. The cross of Jesus Christ teaches us that God’s greatest redemptive work unfolds under the cloak of failure. I think the same is true when one man hears the gospel among the Wasi. It occurs when we bring that one cup of cold water to the righteous or do anything else in the name of Christ. This past week Bethany sang a new tune into the ears of one Chasi man in the middle of Tanzania. That song, in time, just might become another Hallelujah chorus.