Should Protestants be Concerned about Roman Catholic convictions regarding Birth Control? 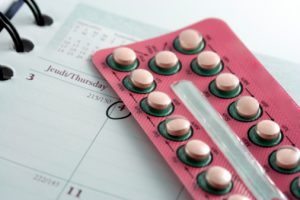 The new health care initiative, popularly known as “Obama-care,” has been one of the most controversial entitlements in recent memory.  A few months ago the debate was about whether it was constitutional for any government to force someone to “buy” anything, whether it be a lawn mower or a health care policy.  In the last week, the debate has focused on the mandate that all hospitals (if they are to receive any government funded health care) must provide access to birth control for those under their care.  As is well known, artificial contraceptives are not accepted by the Roman Catholic church.  This particular provision in the health care bill has created an uproar among Roman Catholics around the nation.  Letters from several prominent bishops were read in Roman Catholic pulpits across the country decrying this provision.
Historically, the Roman Catholic church has always opposed all artificial contraception or, for that matter, any orgasmic sexual act outside of marriage between a man and a woman.  Roman Catholic theologians have long argued that the church should guard against a wide array of disfiguring distortions of sex by insisting that sexual acts be, at least potentially, both unitive and procreative.   Protestant groups have generally made the use of artificial conception a matter of conscience for married couples, so we may not be following this particular struggle between the White House and the Roman Catholic church very closely.  So, let’s ask the question, “Should Protestants support our Roman Catholic friends in this struggle?”
The Answer is yes.  There are several reasons why we should support them in this fight. I will mention only two of them.  First, the Roman Catholic opposition to birth control is part of a much larger theological argument which links artificial conception to the sanctity of life and the sacredness of marriage.  Though we may argue the particular case of birth control differently, we do share with Roman Catholics their deep concern for the sanctity of life and the importance of understanding marriage as between a man and a woman.  Don’t forget that some contraceptive devices are abortive and the heart of the same sex marriage debate is built around a view of sex with is neither unitive nor procreative.  So, it is not as easy as one thinks to separate these issues into tiny pieces.   Second, the deeper issue behind this struggle is the tension between personal freedom and religious liberty.  In the last few decades Americans have primarily focused on- and, indeed, have championed – personal freedoms.  However, America has historically protected personal freedom AND religious liberty with almost an equal fervor.  Today, the former has trumped the latter.  As Christians, it is important that we not forget the important principle of religious liberty.  Churches have the right to define their own boundaries and police their own borders.  The moment that is taken away, it is a sad day, even if it is done in the name of personal freedom.  It is wrong for the government to force the Roman Catholic church or Methodist or Presbyterian or some other to compromise a point of conscience which we consider part of our faithful Christian identity and witness.
Thus, although the United Methodist church officially supports “adequate public funding for family planning services” this should not be construed (in my view) as standing against our Roman Catholic brothers and sisters in this time.  So, even if one might not agree with the Roman Catholic view on this issue, we can agree on the principle of religious liberty.  Contraceptives are, in fact, widely available for those who want them. It is hard to press this issue entirely into a “freedom of universal access” right.   Thus, I support the Roman Catholic church’s opposition to this provision in the health care bill and I hope that the government has the wisdom to understand the difference between personal freedom and religious liberty regarding this issue.