Reflections on the Embassy Attacks

In recent days we have seen multiple attacks on American embassies or consulates in the Middle East, including those in Lybia, Egypt, and Yemen.  Dating back to the Iranian revolution in the 1970’s we have become accustomed to seeing this kind of violence expressed against America.  In watching the news of these recent attacks, and in light of our recent memory of the eleventh anniversary of 9/11, I was reminded of a book by Bertrand Russell which I read years ago entitled, The Conquest of Happiness.

In that book he makes a very important observation about life.  At one point he is discussing work and why humans spend so much time working.  He argued that work is, in part, based on the desire to build or construct something.  He is not merely referring to carpenters or skilled laborers who physically build things. 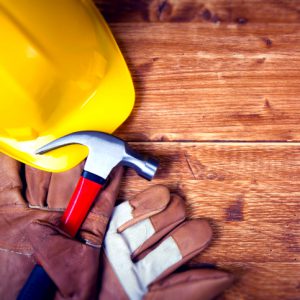 He makes the larger point that integral to the human fulfillment is the desire to do constructive things with our lives – building a family, building a business, building an institution, building a movement, building a bridge, and so forth.   He then goes on to argue that construction is, therefore, inherently more satisfying than destruction.

When you destroy something like tearing down the gates of an embassy, killing someone, turning cars over and lighting them on fire, the fulfillment in that kind of activity is fleeting and quickly subsides.  Constructive work, on the other hand, provides an ongoing sense of fulfillment and peace.  In fact, the deepest constructive work is never fully complete, so we have that ongoing sense of building, improving, making things better, and so forth.  With destruction, there is no such lasting sense of accomplishment.  Osama bin Laden came to symbolize one of the greatest acts of destruction in modern times.  However, he was not fulfilled by it.  He ended his life alone in a walled compound, spending his days with a sense of defeat and looking at pornography.
Those who march on embassies, kill ambassadors, burn buildings and turn cars upside down cannot avoid the fact that if their message is to be compelling and bring long term fulfillment they must demonstrate what they will construct once all the destruction is complete.  What is their long-term vision for life, for society, for the world?   The work of destruction is far easier than the harder work of construction.
Christianity, in the end, is not about destruction.  Ultimately, it is the greatest construction project in the universe.  The vision of Christianity is the in-breaking of the kingdom of God which is about reconciliation, peace, healing and the power of God’s love to overcome evil.
So, in the midst of a world of destruction and burning cars in the streets, keep on building, keep on constructing.   Let your capacity to love this world be greater than any force which unleashes hatred on the world.  Let your forgiveness be greater than any force of bitterness.  Remember, the cross is the greatest intersection of the world’s hatred and God’s love.  The resurrection is God constructing once again.  The Risen Lord defeats death.   Construction, in the end, always trumps destruction.
Thanks be to God.