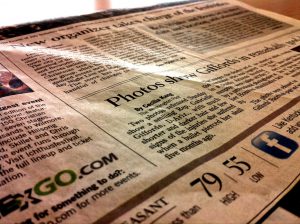 I have always been intrigued by the disconnect between the redemptive and the ordinary perspective on time and events.  If you open the paper today you will find endless discussions about Weinergate (Anthony Weiner, that is), the 62 trillion dollar US deficit, the NFL lockout, musings about whether Sarah Palin will throw her hat in the ring, the excitement around Apple’s iCloud, and the list goes on.  However, most of this will be quickly forgotten and very little of it, if any, resonates with the great unfolding story of God’s redemption of the world – the missio dei.
Today, for example, an amazing event is taking place in the middle of Tanzania among the Wasi people.  The gospel is being preached in the Chasi language for the first time.  My daughter is a part of a team of ten people who are serving in the middle of rural Tanzania.  They have spent most of the last year doing language learning and, after many months, finally had their first Christian worship service.   However, the sermons were always in English or Swahili because no one had the facility in the language to preach a full sermon in the Chasi language.  That important line has now been crossed.  I am particularly proud because our daughter Bethany was chosen to bring that first sermon in the Chasi language.  So, today, in the middle of rural Tanzania, in a village with no running water or electricity and, certainly no CNN reporters, something happened which won’t make the news.  It seems so “unimportant” in light of the latest Lindsay Lohan scandal or the public humiliation of Arnold Schwarzenegger.  But, from the perspective of redemptive history, something really amazing happened today.   It will be remembered even into eternity.  Today, on June 12, 2011 the gospel was publically announced among the Wasi for the first time.
How much of our lives, deeds, reading and reflection are really oriented towards the great redemptive events which are unfolding in the world?  I am praying that I might be more discerning and, by God’s grace, begin to notice the great redemptive events which are unfolding all around us – and they won’t be picked up on by CNN.