This is the 13th part in this series on the Theology of the Body. If you want to listen to the messages, they are found by clicking “listen” on the home page of my website.
—
In this article I want to address the two primary ways these images influence men and women. For men, I want to develop the theme of lust, and for women, the theme of self-loathing. Let’s begin with lust, which can take root in men or women, but men are particularly susceptible to it. Lust is a form of idolatry – the veneration of a false image. To view a pornographic website is to engage in idolatry. This is not a benign force. It will destroy your inner self – forces a separation of your love of Jesus Christ with your sinful desires, it will destroy your marriage and it will destroy your ministry. If a man forcibly seizes a woman and sexually forces himself upon her, this is called rape and it is a capital crime. It is a crime because it is an assault on the dignity and sanctity of a person. If someone assaults a woman in this way we call it rape; when this is done on a large billboard where we rip someone away from the wholeness of their body we call it advertisement. We have different temperatures we use to describe people: cold, cool, warm and hot, all with different implications. It is perfectly fine to refer to someone as warm because it means they have a warm personality. But for a man to refer to a woman as “hot” is an assault on the holy dignity of a woman and no one in this community should ever use such an expression.
This lust oriented idolatry can take root in men or women, but, for women, idolatry is more likely to be manifested as self-hatred, or hating one’s own body. 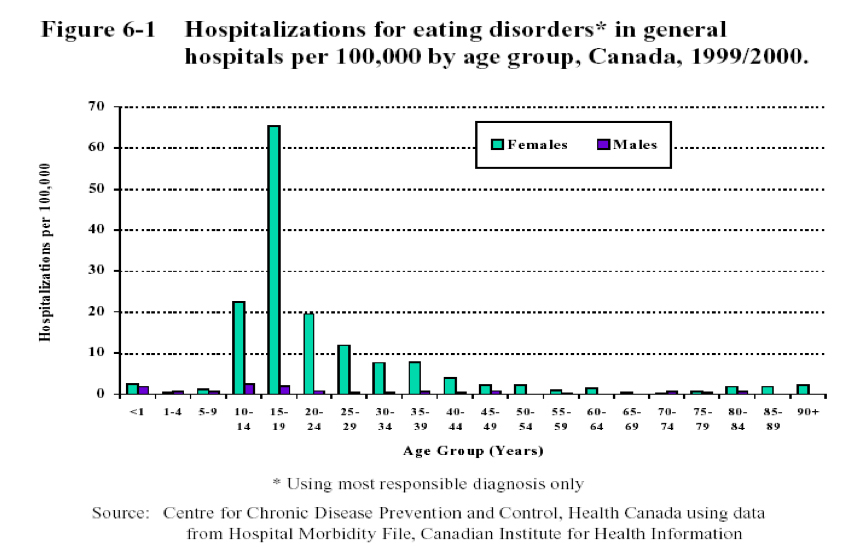 This includes a range of conditions like anorexia, bulimia nervosa, binge eating, etc. To put this in context, some 5 million Americans have Alzheimer’s whereas 30 million have eating disorders.
The average American woman is 5’ 4” and weighs between 124-138. The average model is 5’ 10” and weighs 110 pounds. These so called idealized images have had a huge impact on our culture. Even the so-called models who are portrayed in the media have been photo shopped to send the message even to them that their bodies are not good enough. As the people of God we must recognize the anti-catechesis which happens when you put a Barbie Doll in to the hands of a young girl.

This is the disincarnation of women because it is separating themselves from the true spiritual and sacramental nature of the body, what John Paul 2 calls the “ethos of the body.” The opposite of the body as sacrament is the body as self-loathed. If you are a parent or will be one someday, this calls for very intentional catechesis to counteract the onslaught of images which engulf our society. We must talk about it. One of our doctoral students, Shivraj Mahendra, published a book about pornography in India. This was the first time this theme had been discussed in Christian circles and it has helped many people. It is always good to speak openly and frankly about these challenges.
If we judge someone by the color of their skin, we rightly call such separation of a person from their body racism; but if we judge someone by the shape of their body, we call it glamour.
This is why the Wesleyan vision is so important, because it calls for nothing less than the re-orientation of your heart and living under the gravity of holy love, rather than the gravity of sin. Discipleship today has become reduced to sin management. We get caught into endless cycles of guilt and shame and we ask for forgiveness and we move on and then get caught again. This cycle goes on and on. This is why we must be filled with the Holy Spirit. The incarnation is God’s great testament to the holiness of the body. We are all designed to be icons of the incarnation. Twice in the 7 ecumenical councils, the church affirmed the use of icons. The reason is that an icon is designed to be a window into heaven.
So, if you walk into an orthodox church and you see icons of Jesus or other saints, it is meant to portray them in all their fullness, because an icon is designed not as a work of art in itself, but as a window into a heavenly reality. In the deepest Christian tradition, every human person is meant to be a walking, breathing, icon of the incarnation, a window into heaven. Pornography, or as John Paul 2 calls it, “pornovision” is the greatest example of the disincarnation of the human, by turning the body into an icon of lust rather than of Christ, that is idolatry, rather than image bearing. Such images are sinful not because the body is dirty. Paul says we cover those distinctive markers of our gender to honor them. It is pornography and related sexual images which actually veils the full sacramental, spiritual identity of a person. To put it bluntly, the problem with pornography is not that it reveals too much, but that it reveals too little.

I want to end with the positive vision. View this famous icon of Jesus from Turkey – Christ Pantocrator – Christ the Almighty – Ruler of All. This the oldest icon of Christ Pantocrator in St. Catherine’s monastery in Sinai.
Notice his eyes. The right side shows Jesus as the judge of the world, the one who comes to set things right. The left side reveals his compassion and love for the world. In this case, art is being used not to conceal the inner life, as in the degrading pictures we see on newsstands, but to reveal the inner life of the incarnate one. Probably the most famous full image of Jesus is found overlooking Rio de Janerio.

Notice the statue is an extension of an image of Jesus, but it is being used to reveal Christ’s call to the world; his love for the world, with hands outstretched.
The answer to all is not to retreat from these arenas. God into all the world is not just a geographic statement, but going into everyone’s world… the world of law, the world of media, the world of education, the world of film, the world of art… Our goal is to re-incarnate human existence, demonstrating to the world that we are all image bearers in the world. As it is written in I Cor. 10:31: “Whether you eat or drink, or whatever you do, do all to the glory of God.” Thanks be to God. Amen.