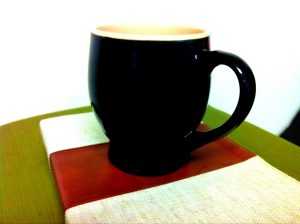 Let us turn now to the “come as you are – no need to dress up” line. Richard Weaver in 1948 (Ideas have Consequences) and the linguist John McWhorter in 2003 (Doing our own thing:  The Degradation of Language and Music and Why We Should, like, Care), among others, have argued that the contemporary preference for informality and the movement away from formal language in reference to God or human authority structures is deeply tied to cultural suspicions about authority and distrust of hierarchy.  Post-modernity flattens all hierarchies: no high king, no high God.  There are deep theological moorings behind all of this informality which have not been understood by pastors in the evangelical landscape.
Somewhere in America at some church meeting a decision was reached to change the name of the place they worshipped from the word “sanctuary” to “worship center” or “celebration center.”  Furthermore, they decided to build a space which could be used as a gymnasium during the week and a place of worship on Sunday.  Having a dedicated space only for worship seemed liked a shocking waste of money.  Indeed, they had at least five good reasons for doing this. What concerns me is that they probably never stopped to reflect theologically that there just might be six reasons to not do it.  Of course, maybe there were only four and the “celebration center” in the gym would have carried the day.  The point is, that reflection never even happened.
Somewhere in America on some Sunday morning the first man or woman walked into a worship service with a baseball cap on and a cup of coffee in their hand.  It is now quite common. The pastor would surely offer three or four impressive reasons why this was the “missional” way to go, but I can assure you that when the decision was made, serious theological concerns were not invited to participate.
These examples all seem so small and insignificant.  Yet, that’s how all drift happens.  You see, liberal Protestants never woke up one morning and said to themselves, “Hey, let’s adopt an Arian Christology, shall we?”  No one said “Wouldn’t it be just wonderful if we could devote the next 50 years to undermining the apostolic faith.”  No!  I’ve read their writings.  They were deeply concerned, as we are, to make the Gospel relevant to modern people.  Evangelicals have not openly abandoned apostolic Christianity.  No one set out to cheapen the Gospel, diminish God’s holiness, or downplay the cost of discipleship.  It’s just happening.  A baseball cap here, omitting the word “wretch” from Amazing Grace there.  “The pressure to bring in new members made it best to just drop the required confirmation class for membership.  Besides, people are just too busy to attend a new members class and it might hurt our annual membership goals.”  The call to career missions slowly became short term missions which slowly became vacations with a purpose.  It all happened so seamlessly.  “We brought in a new youth director.  He doesn’t have any biblical or theological training, but, oh, how the youth love him.”  “You should see the new worship leader we have! He doesn’t know any theology, but he’s just picking the choruses each week, and he can really play the guitar!”  You see, it happens in ten thousand small skirmishes, rarely in any big, bloody battle.
(Part 3 of 6 from Dr. Timothy C. Tennent’s Convocation address at Asbury Theological Seminary on September 6, 2011)
Just joining this series? Go back here to start at the beginning of this 6 part blog series.