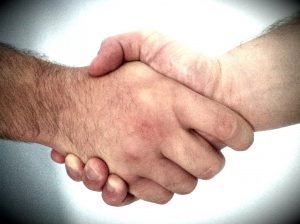 The seventh reason I am a Methodist is due to the wonderful way Wesley combined doctrinal clarity with a generous, warm-hearted spirit towards other Christians. John Wesley’s reluctance to produce any precise doctrinal formulation for the “people called Methodist,” along with his “catholic spirit” have led many to wrongly conclude that Wesley was indifferent about the core doctrines of historic Christianity. It is not unusual to hear Wesley’s famous dictum taken from 2 Kings 10:15: “If thine heart is as my heart, give me thine hand” as a kind of theological blank check to endorse departures from historic Christianity as long as it is done with a warm heart. However, Wesley was fully orthodox and fully ecumenical in a way which should inspire us today. On the one hand, Wesley was able to embrace considerable diversity among Christians who held different convictions than his on various points. On the other hand, Wesley frequently found himself embroiled in various controversies with Roman Catholics, Anglican bishops, and Calvinist thinkers. He held strong theological convictions and firmly upheld all of the historic Christian confessions. Wesley would have been dismayed at the erosion of orthodoxy in mainline churches due to the increasing embrace of secular ideologies and a post-modern epistemology. Wesley was both ecumenical and orthodox; he held firm convictions and had an irenic spirit and warm heart towards those with whom he disagreed. How was Wesley able to embrace both of these so ably? The key is to understand how Wesley understood theological inquiry.
Wesley makes a firm distinction between the theological unity which is necessary to our identity as Christians while, at the same time, allowing for broad diversity in the non-essentials of the faith. Historically, this has been expressed through the terms kerygma and adiaphora. The word kerygma comes from the Greek word meaning “proclamation.” It refers to the core essentials of the Christian faith as expressed, for example, in the Apostles’ Creed and the Nicene Creed as alluded to in the introduction to this series. Wesley stayed firmly committed to the historic core of Christian proclamation. The word adiaphora comes from the Greek word adiaforus, which, as used by the Stoics, meant “things indifferent.” Thus, the adiaphora refers to those differences held by Christians which “are not sufficiently central to warrant continuing division or dispute.”1  In Wesley’s day there was an understanding that Christian belief and practice should conform to the larger national identity. In other words, if someone lived in England, they should follow the faith and practice of the Church of England (Anglican). If someone was born in Scotland, they should follow the faith and practice of the Church of Scotland (Presbyterian). This meant that Christians in a particular geographic region were compelled to reach agreement not only on the broad essentials of the Christian faith, i.e., the kerygma, but they also had to agree with all the diverse particulars (adiaphora) of whatever national church was in place. However, Wesley forcibly rejected this territorial understanding of Christian identity. In Wesley’s sermon, Catholic Spirit, he says,
“I know it is commonly supposed, that the place of our birth fixes the Church to which we ought to belong…I was once a zealous maintainer of this; but I find many reasons to abate of this zeal. I fear it is attended with such difficulties as no reasonable man can get over: Not the least of which is, that if this rule had taken place, there could have been no Reformation from Popery; seeing it entirely destroys the right of private judgment, on which the whole Reformation stands.“2
Wesley goes on to argue that Christians should be able to dwell together in harmony even if they disagree about basic convictions such as the forms of church government, the modes of baptism, the administration of the Lord’s Supper, and so forth. However, Wesley makes an important distinction between “catholic spirit” and “latitudinarianism.” The latter refers to those who wish to engage in endless speculation about the essentials of the Gospel or wish to remain indifferent to holding a particular conviction. In contrast, Wesley argues that “a man of truly catholic spirit” does not have the right to set up his or her own form of religion. Rather, a Christian should be “as fixed as the sun in his [or her] judgment concerning the main branches of Christian doctrine.”3  He calls on his hearers to “go, first, and learn the first elements of the Gospel of Christ, and then shall you learn to be of a truly catholic spirit.”4  Wesley’s ecumenism was built on the foundation of a shared theological orthodoxy concerning the historic essentials of the Christian faith. Nevertheless, Methodists seek to take Jesus’ prayer in John 17 very seriously when he prays that we “may be one” just as He and the Father are one (John 17:22).
1 John Westerdale Bowker, The Sacred Neuron (New York: I. B. Tauris, 2005), 120.
2 The Works of John Wesley, 3rd ed., vol. 5, Catholic Spirit, 496.
3 Ibid., 502.
4 Ibid.